Hello bookworms! Today I shall be sharing with you my extremely late November wrap up. November was my birthday month, so I may have splurged a teeny tiny bit, hehe. It was also my exam season month so I didn’t get too much reading done, whoops.

So here are my November reads. I’m glad to say that I enjoyed majority of them, and I’m finally making my way through the manga series I’ve started to read.

↣ A Taste of Honey by Kai Ashante Wilson ★★★★✩ 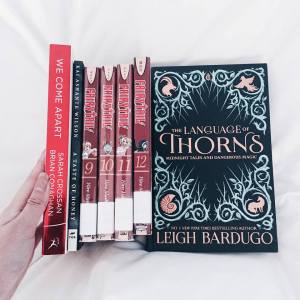 I hauled 10 books this month, but considering it was my birthday month and that I haven’t bought any books in December *yet*, I think it was reasonable hehe. Plus some of them were given to me.

A huge thank you to my best friend ever, Anisha from Sprinkled Pages, for sending me A List of Cages by Robin Roe! I’ve been meaning to get this book since it came out the year, and was very excited when I received it. Thank you so much, Anisha!! I also received Rose Madder by Stephen King and The Iron King by Julia Kagawa from my friends for my birthday. 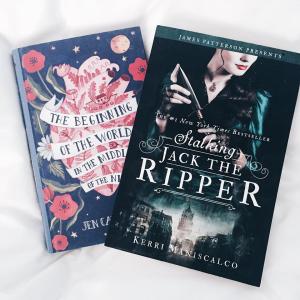 I bought four books for myself this month: Wintersong by S. Jae. Jones, The Rose and the Dagger by Renee Ahdieh, Carry On by Rainbow Rowell and City of Bones 10th anniversary edition by Cassandra Clare. I also received my preorder for the A Darker Shade of Magic by V. E. Schwab UK special edition, which is just GORGEOUS. 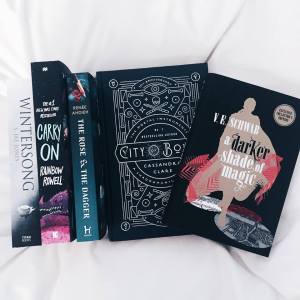 And that’s all for today. Do you see any books you’ve read and enjoyed, or are on your TBR? I’m sorry for not posting for a while as well, but I have a few reviews coming out soon, so stayed tuned!

2 thoughts on “November Wrap Up”